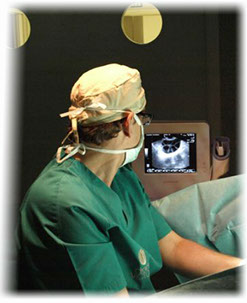 Artificial insemination is an assisted reproduction technique that consists in depositing semen previously extracted either by the partner (IAC) or by a donor (IAD) into the uterus to fertilize the egg naturally to achieve pregnancy. It is a simple technique that increases the chances of getting pregnant and it can be performed repeatedly without any problem.

The reasons why artificial insemination is performed is usually linked with slight alterations in the quantity and / or quality of semen, the technique is also used in infertility of cervical origin either by alterations of the cervix or cervical mucus, in ovulatory dysfunctions such as polycystic ovaries and in cases of unexplained infertility.

The procedure is divided into the following stages;